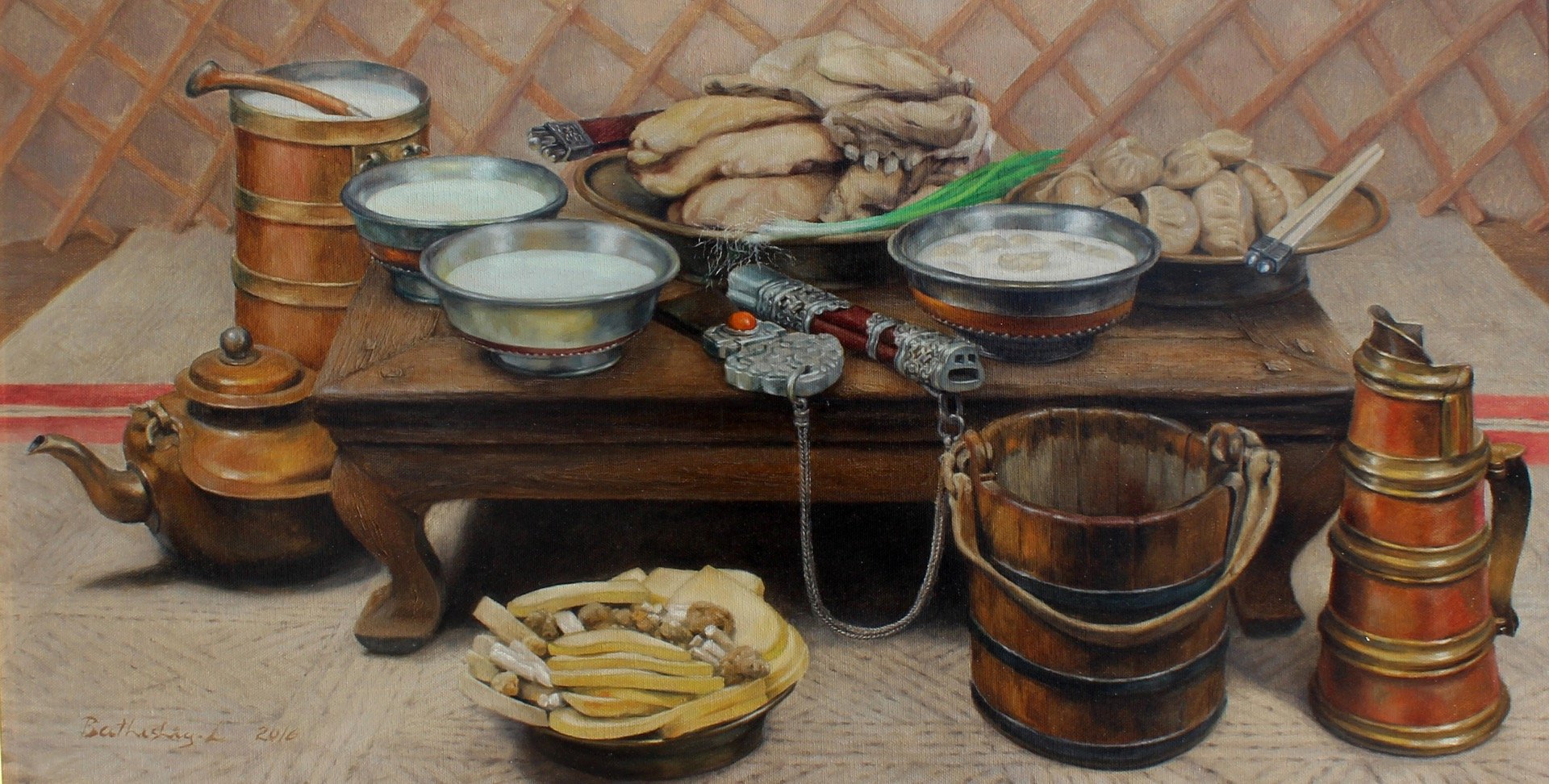 The Mongols of Chinggis Khan used the twelve-year animal cycle to mark their chronology. The Secret History of the Mongols written in 1240 as well as many letters of the Khans extensively use the twelve-year animal cycle. On the Year of the Red Hare, Genghis Khan ascended and purified himself on the first day of the lunar new year, wore new clothes, paid respects to Heaven and Earth, bowed and greeted his mother Öulen, and took part in a ceremony in his palace. On the first day of the lunar new year of the Rat (1216), Chinggis Khan distributed gold presents to people aged over 60. Marco Polo describes a Mongolian Lunar New Year (White Moon) celebrated by Khubilai Khan in the 13th century during the Yuan Dynasty (1271-1368).  After the Red Turban Rebellion drove the Mongols out of China in 1368 the Northern Yuan Dynasty continued Mongol traditions in the Mongol homeland. In contrast to the Naadam festival in summer which celebrates manly virtues, Tsagaan Sar celebrates the softer virtues of peace and harmony. The color white represented especially by the white foods or "Tsagaan Idee" (various dairy products and rice with raisins) symbolize purity of intent. During the Qing Dynasty, the Mongolians followed the "shar zurhai" (yellow horoscope) to determine the day of the Lunar New Year. From 1911 onwards during the Bogd Khanate of Mongolia, the Mongolians have used the Tugs Bayasgalant horoscope which differs from the yellow horoscope in certain years. In 2011, the holiday was nominated for UNESCO's Intangible cultural heritage list. 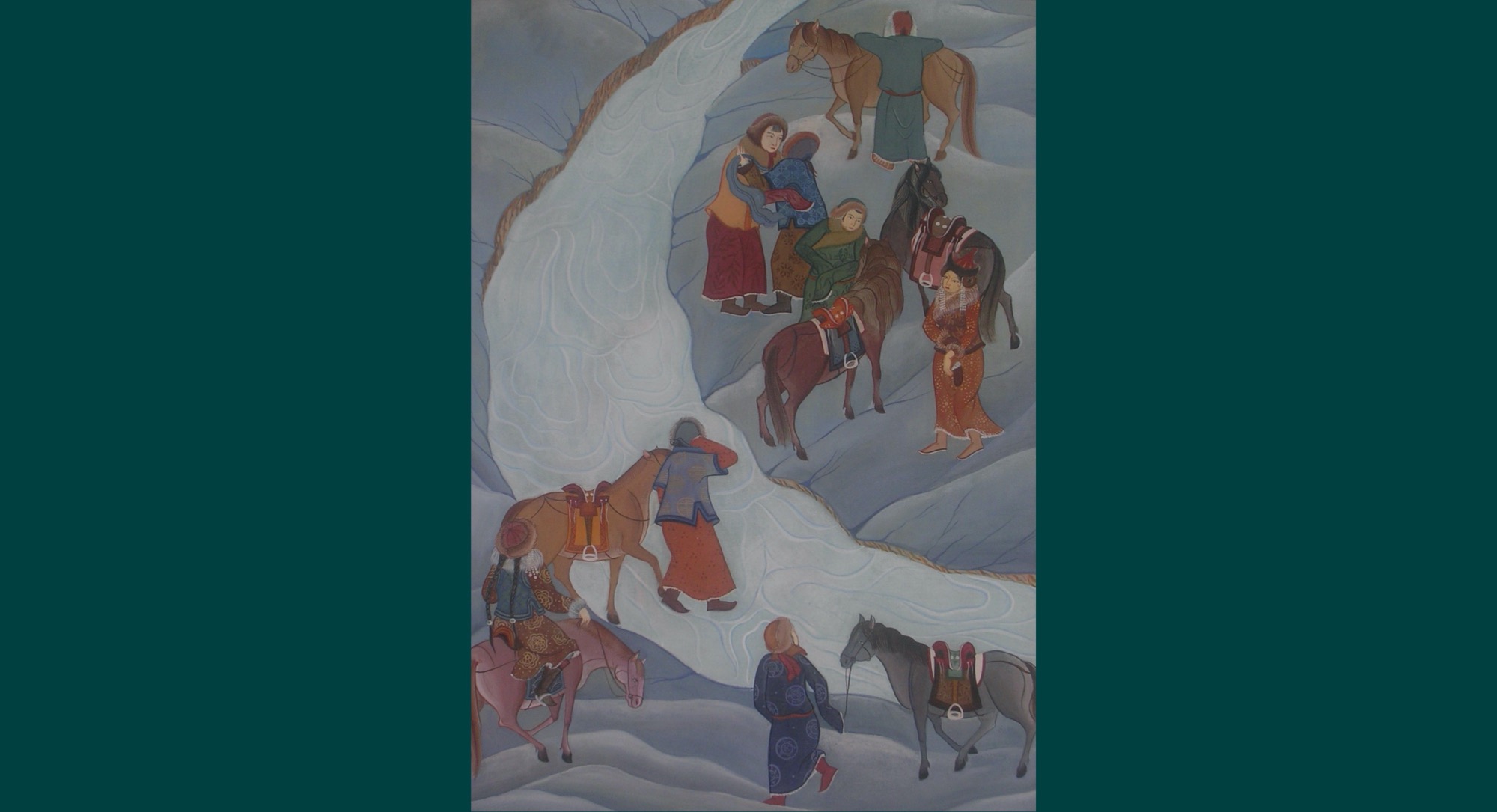 On the morning of the New Year traditionally the head of the family goes outside and walks in a direction which is prescribed in a book of Buddhist astrology. During New Year's day itself, the children honor their senior relatives Mongols also visit friends and family on this day. A typical Mongol family will meet in the home dwelling of the eldest in the family. Many people will be dressed in a full garment of national Mongol costumes. When greeting their elders during the White Moon festival, Mongols perform the zolgokh greeting, grasping them by their elbows to show support for them. The eldest receives greetings from each member of the family except for his/her spouse. During the greeting ceremony, family members hold long, typically blue, silk cloths called a khadag. Also, people greet each other with holiday-specific greetings such as “Amar baina uu?”, meaning "Are you living peacefully?".  The greeting "Amar baina uu" (Are you in peace?) is said while the arms are extended with open palms showing no bad intention. The younger places his or her arms below the elder in a supporting fashion, both bow and embrace and the traditional Mongolian "sniff-kiss" are given by the elder on both cheeks. This traditional gesture is called zolgokh (greeting). Gift-giving is central to Tsagaan Sar. A lavish feast is usually laid out to wish for happiness and prosperity in the coming year. After the greetings, the family eats sheep's tail, mutton, rice with raisins or curds, dairy products, and buuz. The rest of the festival which goes on for several days is a celebration of present kinship. It is an occasion to publicly define your kin.

The day before Tsagaan Sar is called Bituun, the name of the lunar phase of a new or dark moon, meaning “to close down”. The lunar phases are Bituun (dark moon), Shined (new crescent moon), Tergel (full moon), and Huuchid (waxing moon). On the eve of the old year, there is a celebration called Bituuleg. The Bituun ceremony also includes burning candles to symbolize offering to all sentient beings and putting one or three pieces of ice on the top of the door of the ger, or on the balcony for people living in an apartment, so that the horse of the deity Baldanlkham, riding her mule, could drink as the deity is believed to visit every household on this new year’s first day. In the evening, families gather together—usually immediate family, in contrast to the large feast gatherings of White Moon day — and see out the old year eating dairy products and buuz. Traditionally, Mongolians settle all issues and repay all debts from the old year by this day. On the Bituun day, people thoroughly clean around the home, herders also clean the livestock barns and shades, to meet the New Year fresh.

The traditional food in Mongolia for the festival includes dairy products, rice with curds (tsagaa) or rice with raisins (berees), a pyramid of traditional cookies erected on a large dish in an odd number of layers symbolizing Mount Sumeru or Shambhala realm, a boiled side of sheep and minced beef or minced mutton steamed inside the pastry, steamed dumplings known as buuz.

During Mongolia's Communist period, the government banned Tsagaan Sar after Choibalsan's death in 1952 and tried to replace it with a holiday called "Herder's Day", but the holiday was practiced again after the 1990 Democratic Revolution in Mongolia. The Mongolian Lunar New Year, commonly known as Tsagaan Sar (literally White Moon), is the first day of the year according to the Mongolian lunisolar calendar. The festival is celebrated on the first through third days of the first lunar month. Tibet's Losar occurs on the same day as the Mongolian White Moon. Tsagaan Sar is one of the most important Mongolian holidays. 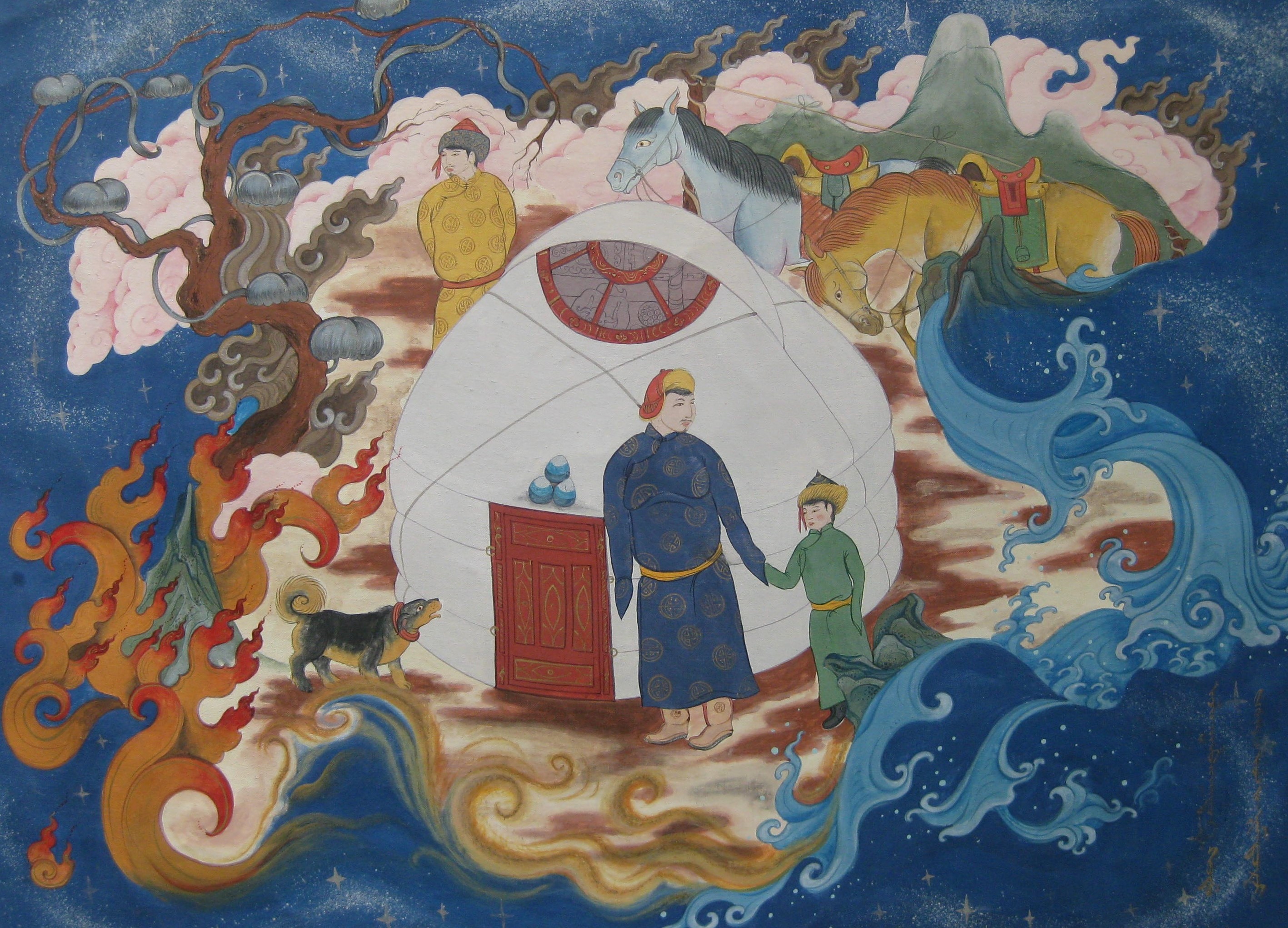